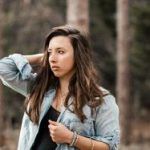 The New York housing market remains relatively balanced, and residents of New York City (who make up nearly half of the stateâ€™s population) may have noticed a slight decrease in the number of home sales since 2017, which was offset by an increase in the construction of condos. Despite a lack of growth in home sales, potential buyers surely will have noticed the 7% hike in prices. According to the most recent data collected by the U.S. Department of Housing and Urban Development (HUD), this increase brought the average home price in New York City up to $849,900 in 2017.A separate study conducted every few years by HUD reported over 35,000 Federal Housing Administration (FHA) loans awarded to New York state residents in 2016 (the latest available data), which amounted to nearly $9 billion in funds. New loan limits are set annually by the FHA to account for the rising cost of living, and the 2019 limits for single-family homes in New York range widely from $314,827 all the way to $726,525.

How are FHA loan limits determined?

FHA loan limits are adjusted annually for all U.S. counties and are calculated based on 115% of the median home price for that area. The loan limits represent the maximum mortgage the FHA will insure, with 2019 bringing limit increases in over 3,000 counties.

Do you qualify for an FHA loan in New York?

Eligibility for an FHA loan will be determined by your lender based on credit score, income, outstanding debts and your ability to make a down payment.
To learn more about FHA loans and qualifications check out our complete guide.