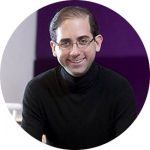 Emigrant Bank, through its internet bank subsidiaries (DollarSavingsDirect, MySavingsDirect and EmigrantDirect), offers highly competitive interest rates. However, before deciding to open an account with Emigrant, here are three concerns that every potential customer should consider:

1. Emigrant Bank has a regular history of introducing â€śAmericaâ€™s Highest Rateâ€ť to attract customers, only to decrease the rate later. Emigrant Bank is fully within its legal right to do so (because savings account rates can change at any time). But other leading internet banks pay much more consistent rates, and so the pattern starts to feel a bit like bait-and-switch.

2. Emigrant Bank has a BÂ health rating from DepositAccounts.comÂ (which, like MagnifyMoney, is owned by LendingTree). All deposits at Emigrant are insured by way of the Federal Deposit Insurance Corporation (FDIC). However, if you want to deposit more than the FDIC-insured limit, the health of your chosen bank is an important consideration. Emigrant was hit hard during the 2008 financial crisis, andÂ although its performance has been improving, it is still a small bank with a health rating below A.

I will review each of these concerns in more detail below, while including a brief background of the bank.

What is Emigrant Bank?

Emigrant Bank was founded in 1850 by Irish immigrants to New York. Very quickly, the bank became one of the largest in the country and helped finance iconic buildings like St. Patrickâ€™s Cathedral. Fast-forward, and today Emigrant Bank (which is technically owned by its holding company, New York Private Bank & Trust Corporation) is the largest privately held bank in the country. Howard Milstein owns the bank, which now has $6.5 billion in assets. Emigrant is not tiny, but it is far from the 7th largest bank (which today has more than $300 billion in assets).

Although the bankâ€™s physical footprint remains in New York, it has a nationwide internet deposit business to fund its operations. Emigrantâ€™s internet-only savings brands include the aforementioned DollarSavingsDirect, MySavingsDirect and EmigrantDirect. These brands are part of Emigrant (and your FDIC insurance limit is for your total relationship balance, not each individual brand).

Beware of the bait-and-switch (a high rate to attract, and then a rapid dropoff)

Leading internet-only banks, like Ally and Synchrony, consistently pay very high rates. Emigrant has a different strategy. It has created different sub-brands. These brands will come out with the highest rate in the country to attract deposits, and then the rates will be decreased. This occurs consistently, across brands.

With a savings account, the interest rate can change at any time. But although itâ€™s perfectly legal, this feels a bit like a bait and switch. Here are some examples:

When 1.10% was Americaâ€™s Highest Rate in 2010, EmigrantDirect was paying it to depositors. However, the rate has consistently and dramatically dropped, and the rate is only 0.50% APY now. If you opened your account in 2010, you would have seen your rate fall by more than 50%, even though the market interest rates have been increasing, and it is now easy to get at least 1.90% APY. Here is a chart of the deposit history, from DepositAccounts:

In 2015, MySavingsDirect had Americaâ€™s Highest Rate. In fact, it was featured prominently on MagnifyMoney because of the healthy interest rate. However, the rate started to drop dramatically and swooned as low as 0.85% APY in less than a year. We can only guess that people started leaving in droves â€” because the rate bounced up a bit to 2.25% APY. This rate is now Americaâ€™s Highest, but MagnifyMoney readers who signed up in 2015 probably feel a bit sore about the roller coaster of rates.

Look at the chart below to see the bumpy road depositors have been on:

DollarSavingsDirect is paying 1.80% APY. We canâ€™t argue with the rate. But considering what Emigrant Bank has done with the other brands, you would be safe in betting that this rate will probably come down soon:

Emigrant was hit particularly hard during the 2008 financial crisis and required a financial bailout. The bank is now very well capitalized and has a 18.77% Tier 1 capital ratio (as of September 2017). The Tier 1 capital ratio is one of the highest in the banking universe, and it received an A+ from DepositAccounts for capitalization.

However, there are two reasons to be cautious. First, the bank continues to struggle with profitability. According to the FDIC, Emigrantâ€™s Return on Assets (ROA) for the first nine months of 2017 was only 0.81%. For banks, 2017 has been an excellent year for profitability. FDIC-insured institutions achieved an average ROA above 1%, which is the highest in 10 years. In a period of record earnings and low losses, Emigrant Bank is only able to achieve its much lower figure â€” which means a future downturn or recession will be more difficult.

In addition, the Texas Ratio of the bank is 18.58%. The Texas Ratio looks at the book value of all nonperforming assets as a percentage of the equity capital and loan-loss reserves. This ratio measures a bankâ€™s likelihood of failure by comparing bad assets to available capital. If the ratio is above 100%, a bank is highly likely to fail. At 18.58%, Emigrant Bankâ€™s Texas Ratio is flashing yellow (and received a B from DepositAccounts).

If all of this sounds confusing, letâ€™s offer a simple recap:

In fairness, the bank has been around since the 1800s and has made it through every crisis, including the Great Depression and the recent Great Recession. However, Emigrant is not the strongest bank in the market, and you should think long and hard before depositing more money than the FDIC limit.

If you want to open a savings account with a bank that consistently pays a market-leading rate, Emigrant Bank (along with its various internet brands) is probably not the bank for you.

If you want a bank where you plan on depositing significantly more than the FDIC maximum, you should do some extensive homework before entrusting your funds to Emigrant.

And if digital experience and mobile banking apps are important to you, you should avoid Emigrant.

However, if you are willing to do work, and donâ€™t mind regularly moving your money around, you will probably be able to find Americaâ€™s Highest Rate at one of Emigrant Bankâ€™s brands at any given point in time. Just watch that rate carefully, because it will likely go down.

« What Is an Installment Loan and How Do They Work? A Handy guide to Hurricane Preparedness »