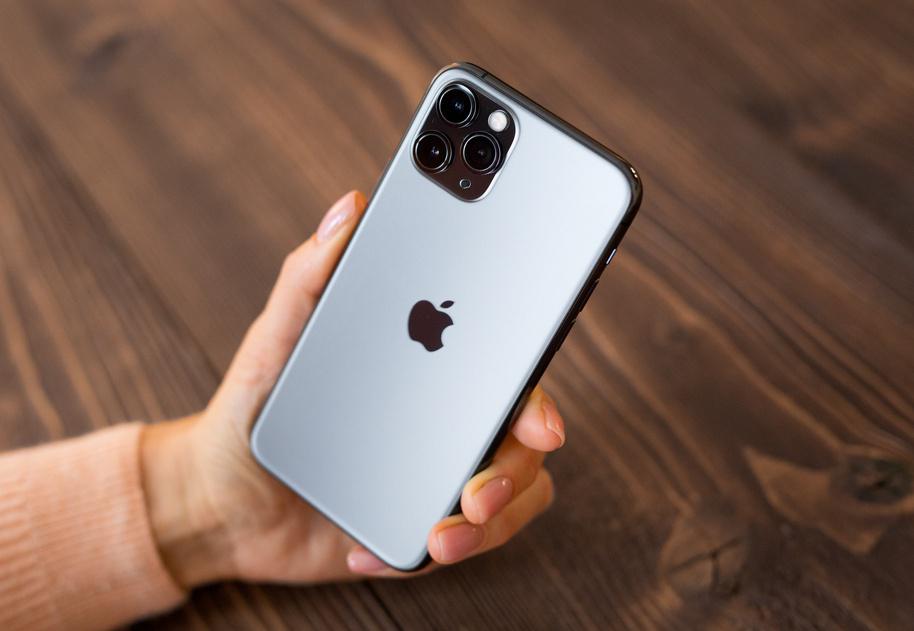 Will Let Shoppers Pay Merchants by Holding Phones Together

Apple said it plans to introduce a contactless payment option later this year that will let businesses use iPhones to process transactions in stores without any additional hardware, competing with services like Square. The new “Tap to Pay” feature will allow US merchants of all sizes to accept payments simply by holding their iPhone close to the customer's iPhone or Apple Watch. It also works with contactless credit and debit cards. The feature, which will be included in an upcoming iOS beta update and will only be available on iPhone XS models and later, could helpÂ AppleÂ deepen its relationships with retailers. Payment data will be protected by the same technology used on Apple Pay, with all transactions encrypted. [CNN]

AmEx to Offer Debit Card That Will Accrue Rewards Points

American Express launched a checking account that comes with a debit card that will allow its customers to accrue its popular Membership Rewards points the same way they do on its credit and charge cards. Itâ€™s a notable move for AmEx since only a handful of small banks and credit unions offer cashback or rewards for debit card purchases. AmExâ€™s checking account will come with a debit card and an annual interest yield of 0.5%. The debit card will give account holders one Membership Reward point for every $2 they spend on purchases. Those points can be pooled with the Membership Reward points the cardmember might already be already earning on a credit card. [Associated Press]

Consumers Are Taking on More Credit Card Debt, Just as Interest Rates are Expected to Rise

Household credit card debt had its largest quarterly increase in at least 22 years. Despite the $52 billion increase in credit card debt, the largest since the Fed started tracking the data, the $860 billion balance is still $67 billion lower than at the beginning of the pandemic, and the share of credit cardholders in delinquency has fallen. The last quarter of the year is also when people typically splurge on holiday spending, so some of the increase is expected. Nevertheless, after an initial dip early in the pandemic, credit card debt has steadily increased back up toward the record high of $927 billion, set in 2019, reflecting a larger trend that isnâ€™t fully explained by holiday shopping. [CNBC]

Messenger's Split Payments Feature is Rolling Out to All U.S. Users

Splitting a restaurant bill or dividing the costs of a group trip can be tedious. Meta is attempting to make this easier by rolling out itsÂ Split PaymentsÂ feature to all Facebook Messenger users. The feature, which was previously in testing, will likely be perfect for occasions when you are dividing the cost of something with two or more people. [Tech Crunch]

According to a new survey, 60% of respondents would prefer to use a BNPL option with existing credit cards vs. opening new lines of credit. Additionally, 64% of respondents anticipate their credit card spending to be the same or more than they did in 2021. The survey found most respondents (56%) would prefer to make installment payments monthly instead of every two weeks (25%). The number increases the larger the purchase amount, with 70% preferring monthly payments on purchases ofÂ $500Â or more. Results also indicate consumers clearly prefer options in the number of payment installments. While 60% of those surveyed are fine with four or fewer payments for purchases underÂ $300, 66% favor more than four payments for a $500 purchase, and 75% want more than four on purchases ofÂ $1,000Â or higher. [Chain Store Age]

Restaurant gift card sales were up 22% in 2021, compared to 2020, but still down 13% than 2019, according to a new report. Sales in the family dining category shot up 106% when compared to 2020, while fine dining saw a 57% jump, demonstrating a pent-up demand for a return to on-premises dining. While the total overall number of gift cards sold in 2021 increased year over year, other trends, such as per-card spending, remained relatively consistent when compared with previous years. Digital card sales in 2021 were the highest they've been in the years included in the report. Sales were driven by the purchase of e-gift cards, particularly for fine-dining restaurants. [Fast Casual]

While debit cards might be the preferred in-person payment method for members of Generation Z, donâ€™t expect this trend to last. A recent report from eMarketer finds that these digital natives expect theyâ€™ll cut back on the use of plastic cards in the future. Covid-19 forced many shoppers to switch to contactless digital payments, and Gen Z, which has never known life without the internet, had no trouble adapting. Nearly three-quarters of them plan to use contactless payment methods even after the pandemic subsides. Gen Z shoppers say they anticipate reducing their use of cards in the future: from 35% to 26% for debit cards and 16% to 14% for credit cards. The number of consumers using P2P mobile apps will more than double over the next three years, representing 61% of Gen Z mobile phone users. [PYMNTS]

If you have more than one credit card, keeping track of all of your cardsâ€™ rewards, annual fees, offers, and earnings can feel overwhelming. Fortunately, there are several new emerging apps to help you manage your cards. Here are five apps for tracking credit card rewards: UThrive, Travel Freely, MaxRewards, CardPointers, and Card Curator. [Miles Talk]

Bank of America: 2021 Credit Card Spending Up 24% over Pre-Pandemic Levels

Bank of America reported credit and debit card spending in January reached $65 billion for the month, up 16%. Travel spending increased almost 120% year over year, with retail and food spending also seeing growth. Credit card spending as a whole increased by 28%. Spending by low-income consumers (below $50,000 annual income) was up 7%, and spending by high-income consumers (above $100,000 annual income) increased by 23%. The company said this is an indication that the economy is in a good position going into 2022. [ZD Net]

U.S. financial institutions are increasingly dependent on external service providers for virtually every element of their operations, from HVAC maintenance to payment processing. But as efficient and cost-effective as this practice can be, it opens banks, credit unions, investment firms, and the like up to more potential incursions than they would otherwise encounter directly. Mastercard is hoping to help mitigate that risk. The company announced the launch of its own global â€ścybersecurity allianceâ€ť to help financial firms and their vendors reduce the ever-growing threats they face in this broad web of interconnected dependencies. According to Mastercard, three out of five (60%) of cyberattacks come in through outside vendors. [SC Magazine]

Los Angeles County District Attorney George GascĂłn announced this week that he is calling on American Express, Mastercard, and Visa to â€śshow responsible corporate citizenshipâ€ť and stop online payments for the purchase of ghost gun kits. The DAâ€™s office described ghost guns are firearm kits sold mostly on the internet that give purchasers the tools to assemble a working gun. They're called ghost guns because they are unregistered and lack a serial number, making them untraceable by law enforcement. They range from $300 to $500 per kit. Ghost guns also donâ€™t require purchasers to complete a background check, many times only asking that the buyer self-certify that they are not legally disqualified from buying a gun. [The Hill]

Plaid Must Pay $58 Million to Users of Venmo, Credit Karma, and Other Apps

You may be eligible for a payout from Plaid if you use financial apps like Venmo, Credit Karma, or Robinhood. Plaid, a financial technology company, settled a class-action lawsuit and has agreed to pay $58 million to all consumers with a linked bank account to any of its approximately 5,000 client apps between Jan. 1, 2013, and Nov. 19, 2021. The lawsuit accused Plaid of collecting â€śmore financial data than was needed from users.â€ť Plaid connects consumersâ€™ bank accounts to financial apps. The lawsuit also claimed that the company obtained usersâ€™ bank login information via the Plaid Link, â€śwhich had the look and feel of the userâ€™s own bank account login screen.â€ť [WDBJ]