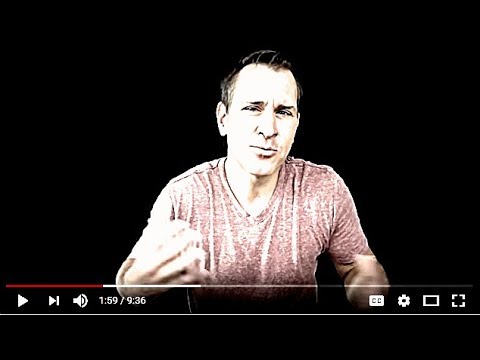 Before we do that, I would ask you to please subscribe to our YouTube channel if you have not already and if you have I thank you very much So we're gonna look at about 10 cards here There's some that are sort of the top tier in terms of getting the best rewards for your grocery purchases and then there's some others to consider depending on what your spending habits are So the first two that we are going to look at are sort of the cream of the crop here and the big one if you are someone that has to purchase groceries often and in large volumes is the Blue Cash Preferred card from American Express Now this is a card that has a $95 annual fee

However, you are going to get a 6% cash back amount on your groceries, on up to six thousand dollars worth of groceries per year You're also going to get three percent on purchases at gas stations and most US department stores, although not some of your stores like Target, Walmart and that kind of thing And then you get 1% back on everything else Plus you can get a $200 bonus on that card if you spend a thousand bucks in the first three months Now American Express also has another card that is good for groceries that has no annual fee and that is the Blue Cash Everyday card Now that one gives you three percent on your grocery purchases, two percent on gas stations and department stores, and one percent back on everything else

And you can earn one hundred and fifty dollar bonus on that one, too, if you spend a thousand dollars Now since you are watching this video and maybe you're interested in rebates on groceries in particular I would tell you that the Blue Cash Preferred is good for you if you spend at least around three thousand dollars over the course of the year on groceries, that's about sixty dollars a week You need to get a little bit above that three thousand dollar mark for it to make sense over the no annual fee card, and for a lot of people $60 a week in groceries is a no-brainer, you can hit that with no problem Plus you have those other rebates if you use the card in other ways But even if you want to just stick straight to groceries, that Blue Cash Preferred is going to make sense if you really make a lot of purchases of groceries

So those are the two sort of big ones to consider, and I think the ones that most people would go after in normal circumstances if they are looking for a grocery card Now I am making this video in April of 2018 and currently there are two cards that are giving 5% cash back on groceries, but only through the end of June of 2018 — although this could crop up again in the future — and those cards are the Discover It card and the Chase Freedom Card, which, if you don't know how they work, you get 5% cash back on certain purchasing categories each calendar quarter but those purchasing categories change each calendar quarter So right now as I'm making this video you can actually get 5% back on your grocery purchases with either one of those cards they both are kind of running the same thing in terms of the purchasing categories But a few months from now that's gonna go away, so depending on when you're watching the video it may not be something that is relevant, but you should keep your eye out for that and consider that as another card or two cards that are a possibility in the future or in the present depending where you're at Another note on that Discover It card At the end of your first year with Discover, so if you're new to the card, Discover will actually double your earnings for the year So if you think about it, if you got 5% on your grocery purchases during that time when the purchasing categories were the 5% for groceries, and that gets doubled at the end of the year, you're essentially getting a 10% rebate on your groceries during that period — at least for your first year of having the Discover card

Now there are limits on these cards in terms of how much you can how much you can purchase in those purchasing categories and get the 5% I believe it is $1,500 for both of them for the calendar quarter, but you'll want to check that out

So now we'll look at some other cards that have good rebates on grocery purchases, but aren't as good as what we talked about with the American Express card or these sort of limited time offers These cards are all going to give you at least two percent either cash back or in rewards on your grocery purchases, and they also have something else about them that makes them more worthwhile than just a regular 2% cash back card, because you could do that fairly easy in today's market So the first one I'll talk about is the PenFed Platinum Rewards Card — that's Pentagon Federal Credit Union That is one that gives you three points per dollar on your supermarket purchases and you also get five points per dollar when you use it at the pump at gas stations So those are pretty nice rewards

If you're not really familiar with PenFed or Pentagon Federal Credit Union it is a fairly easy credit union to get membership in You don't necessarily have to be a military member that's kind of how it seems on the surface, but it is fairly easy to actually get a membership

You have to pay sort of a nominal fee in order to get membership if you don't have a military background or you're not somehow associated with the military, and that gives you access to their credit cards and a lot of other good banking products there, too So it's something to consider And you can look on their site to see sort of how membership works Now another credit card that is sort of a regional credit card if you're not in their area you might not qualify for this, but if you do, the Huntington Voice rewards card allows you to choose a category that you get three points per dollar back on and one of those categories is groceries So if you decide that you want to get that card and you choose groceries, you're going to get three points per dollar, just essentially three percent cash back on those purchases

Next is the US Bank Cash Plus card This is a pretty good card that doesn't really get talked about very much in general, maybe because it's not in one of the, you know, one of the big credit card issuers that you'll see all over in credit card comparison sites This is a card that will give you two percent cash back on groceries, which is OK, but you also get five percent cash back on two other categories of your choosing And those are things like cell phone and wireless services, movie theaters, public transportation, there are a bunch of different categories that you can choose from there And then you get

so you get five percent there and you get the 2 percent on groceries The Capital One Savor card gives you 2 percent on groceries, you also get three percent on your dining purchases — there's no limit to how much you can earn with that one in those categories, which makes it a little different than some of these that sometimes have caps on how much you can spend in each calendar quarter or year You can also earn a hundred fifty dollar bonus on that card with only five hundred dollars in purchases in the first three months, so that is a another one to consider

And that's up to a twenty five hundred dollar limit for the quarter You can also earn a bonus one hundred and fifty dollars if you spend at least five hundred bucks with that one And then finally the Amazon Rewards Visa is sort of an honorable mention card because the rebates you're gonna get here, number one are only at Whole Foods and, number two, are only ones that you generally use at Amazon So if you have the Amazon Prime Rewards Visa, you can get a five percent reward on your Whole Foods purchases I knew I could do it and also there 5% on your Amazon purchases

If you have the regular Amazon rewards card, you're only going to get three percent on your Whole Foods purchases and Amazon purchases And then you get — what — two percent back on restaurants, gas stations, and drugstores, one percent cash back or one percent reward on everything else you buy So if you're a big Whole Foods fan, that's a card that you should consider, but if you're really not, you're not going to get that reward at other grocery stores So those are quite a few to consider I hope the video was helpful to you, I hope you will subscribe if it was helpful to you

And also please visit our website ProudMoneycom where we do other credit card reviews and comparisons and have other personal finance info, too Thanks for watching

« My eBanc Review of Checking, Money Market and CD Accounts Travel Rewards: A Legendary Outing in the American Southwest »