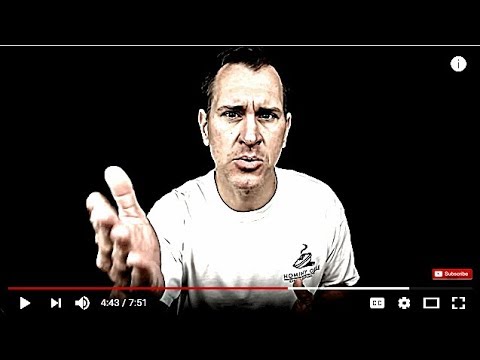 But before I do that I would ask you to please subscribe to our YouTube channel if you have not already and if you have already I thank you for doing so So, the Citi Double Cash card is one of our favorite credit cards, We've talked about it in other videos but we've never actually profiled it individually So I'm going to tell you why it's good and I will tell you a couple potential downsides that will maybe bother some people But again it is kind of a card that we consider sort of our foundational, everyday credit card, especially if you're somebody that doesn't want to think about credit card rewards a ton — you just want to pull out a card that you know is giving you a nice reward on every single one of your purchases

This is the one, because it is giving you essentially 2% flat cash back on everything you buy Now it does have a formula that is doesn't necessarily suggest the 2% cash back right off the bat, which is sort of a strange thing but we'll talk about it and I'll tell you why it actually makes some sense

The way it works is: the Citi Double Cash gives you 1% cash back on the purchases you make with the card, and then it gives you that second 1% cash back when you actually make your payments and pay off those purchases So anything that you buy and that you have then paid off on that credit card you will get 2% cash back on, but obviously if at some point you end up not paying off your card, then you're not going to get that extra 1% But for most people you're gonna buy and you're gonna make your payments, then you're gonna get 2% cash back on everything that you buy with the card Now it's actually pretty smart on Citi'ss end if you think about it — if you're giving 2% cash back just across the board right up front, then people could maybe be getting that cash back even if they at some point default on their card and don't pay off their balances This way you force people to pay off their balances to get that extra 1%

And it probably even puts this card sort of in front if it's somebody that has multiple cards and maybe they can't pay them all of, they're probably gonna pay this one off first because they want that extra 1% Rewards are very motivating to a lot of people, so it makes sense that Citi structured the card this way, but it does cause confusion at times as to what's going on with this 1 percent and 1 percent thing You can earn a bonus on this card of $100 if you spend $500 in the first 3 months of having it This bonus offer is actually somewhat new; the card used to offer some 0% offers which have went away in favor of this $100, so this is sort of a nice benefit, especially for people that didn't really use those 0% offers on balance transfers or new purchases If you're someone that pays off your balance every month, you'd rather get that bonus up front than have 0% offers that you're not actually using

No annual fee for the Citi Double Cash card There's no caps on your earnings in terms of redemptions Now you do have to hit $25 in earnings before you can actually get your hands on any of the cash back that you've earned So what that means is essentially about $1,300 of purchases that you've actually paid off as well to get that 2% that will get you over that $25 mark Not a big deal, but there is sort of more of a trend, I think, these days of cards offering you the ability to get your hands on your cash back even earlier and being able to put it at least to a statement credit against the purchases you've made

In this case you do have to earn $25 before you can redeem You can get that money either as a check or as a statement credit or you can actually have it put into a Citibank savings or checking account — there are some stipulations that were a little strange in the terms and conditions but basically if you've used that account before you can also put your cash back into there Probably most people don't do that anyway but it is an option The rewards will expire now if you don't use the card for 12 months So if you get this card and you're kind of excited about it and then at some point you start using another card and you've got rewards sitting here and you don't touch this card again for a year, the rewards that you have will go away

So that is something that you should understand as well Other perks: You will get the ability to have one late payment without getting a fee attached, but you still obviously don't want late payments because that hurts your credit score a bit, so that's one that you really don't want to take advantage of, but it is there You have the Citi Premier Pass feature which is the feature that allows you to get access to concerts or sporting events or whatever that Citi may be sponsoring Sometimes it gets you early access or VIP access or maybe there's special things that are only for Citi card holders That's pretty much true of all Citi cards but it is on this one as well obviously

In terms of interest rate, as we're making this video you could have an interest rate anywhere from 1499% all the way up to 2499%, so, depending on your credit history, if you get approved for this card, you could be sitting there only at around 15% but you could be all the way up almost at 25% so this is a card that you, especially if your credit is not as good and you don't get that you lower end of the interest rate spectrum there, you're gonna want to be very careful and make sure you do not carry a balance And of course carrying a balance also means that you're wiping out some of those rewards that you're earning, so obviously you don't ever want to carry a balance if at all possible Now in terms of qualifying for the Citi Double Cash Card, Citi has more of a reputation as being a little more of a stickler in terms of their approvals than some other credit card companies

In this case I would say, though — you look at this interest rate range and you see that they're at least advertising the fact that they are approving some people at a 2499% interest rate To me that tells me that they are accepting some people that are more in the Fair Credit/ Average Credit range Now I'm not big on having a 25% credit card no matter what, but if you pay off your balance every month, it doesn't necessarily matter Anyway, though, if you are seeking approval for this card, if your history isn't great, you could have a little harder time than you would maybe with some other issuers

So overall, like I said, this is one of our favorite cash back credit cards and we actually consider it sort of our favorite credit card overall for the complete market Considering the needs of anybody that might be getting a credit card, this is the first credit card that we would suggest in terms of having nice rewards, decent terms, and, you know, if you're someone that doesn't want to sit around thinking about your rewards constantly and how to squeeze an extra 1% out of every purchase you make or whatever you're getting 2% on everything that you purchase with this card, assuming that you pay it off, and that is a pretty nice feature