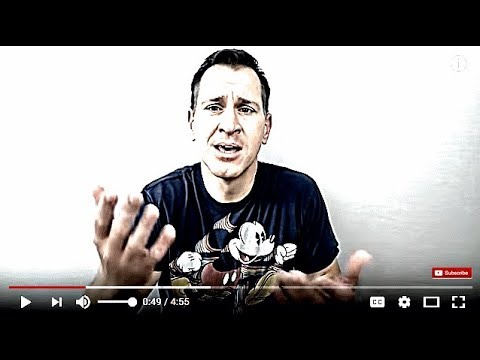 But before I do that I would ask you to please subscribe to our YouTube channel if you have not already and if you have already I thank you for doing so So, there are two Disney Visa credit cards to choose from, both of these cards are issued in partnership with Chase and they allow you to earn Disney Reward Dollars on your card purchases Now Disney Reward Dollars are essentially the same as regular old dollars except for the fact that for the most part you can only use them at Disney, so they have that limitation to them The number one card or the first card I shouldn't say the number one the first is the Disney visa that has no annual fee

This is a card that gives you 1% back in Disney Reward Dollars on all your purchases, so essentially 1% back in those reward dollars that you can redeem and use at Disney parks and for Disney movies and Disney merchandise, all that sort of thing You can earn a $50 bonus on this card after you use it for the first time — you don't have to meet any threshold, just as long as you use the card you'll get that $50 bonus It gives you 10% off on Disney merchandise and also Disney meals when you go to Disney parks You get some special meet-and-greet opportunities with Disney characters that are for cardholders only Otherwise there's not a whole lot going on

You can get some discounts on financing for Disney vacations if you do that, but financing a Disney vacation doesn't really sound like the best idea anyway so I'm not really going to go too hard into that Now in order to redeem these dollars you actually have to earn 20 of them and then you basically ask for a redemption card, which is a $20 gift card that you can use either at Disney stores or online or at Disney parks So there's not a ton to like here You're essentially getting a 1% cash back card There are a zillion reward cards on the market that are going to give you significantly more than 1% cash back, there's even 2 percent flat cash back cards — you get 2% on everything

So there's not a whole lot of value here If you're someone that wants, is looking for extra Disney perks, there aren't a whole lot of them, there really aren't You've got that meet and greet with the characters, so if you have little kids that are really into Disney and wanting to meet some of the characters while you're at one of the parks, that may be something that is appealing, but otherwise there's not a whole lot here that is really so Disney specific or Disney unique that you couldn't just buy with regular money when you were making more rewards off a different credit card So that is something to definitely think about Now there is a second Disney reward card that does have an annual fee

Let's see if that one is any better That is the Disney Premier Visa, which has a $49 annual fee for this one You get 2% back in Disney Reward Dollars on gas station purchases, grocery store purchases, restaurant purchases, and then your Disney purchases as well You'll get 1% back on everything else that you buy with the card There's slightly more flexibility in terms of using these rewards, you can use them towards airline flights, but there's not a whole lot more

Otherwise, you're still just using them for Disney dollars here So in essence you're paying a $49 annual fee for not really a whole lot more than you are getting for the no annual fee card Yes, you're getting more in rewards but you're not getting greater Disney perks and, again, you're now paying $49 for a credit card that gives you less than many other no annual fee credit cards on the market You can get two percent credit cards that give you two percent flat across everything you buy and you don't have to pay an annual fee If this card or the other card were giving such great Disney-specific features then you can make a case for it, but it's very difficult to make a case for either one of these cards really

As far as we look at it, if you're someone that really really loves Disney, maybe it makes sense for you to get that no annual fee Disney card, keep it around, you don't really have to use it very often, but keep it around so when you actually visit a Disney park you can get those meet and greets, you can get your 10% off your meals and that sort of thing, but otherwise there's no reason to be using this card on an everyday basis Many people may feel like Disney is a magical place but unfortunately their credit cards are not particularly magical when compared to other cards out on the market today So that's it Thanks for watching Please go to ProudMoney