How Much Does the Average American Have in Savings? 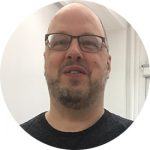 You often read or hear stories about how Americans arenâ€™t saving enough for college, for retirement, for a rainy day â€” for anything, really. But how much do they currently have in their bank, credit union or online brokerage?

MagnifyMoney used data from the Federal Reserve and the Federal Deposit Insurance Corp. (FDIC) to estimate the average and median household balances in various types of banking and retirement savings accounts. 2016 household data from the Fedâ€™s Survey of Consumer Finances was adjusted to 2018 levels by using June, 2018 market values and fund flows.

As of June 2018, among all households (including those with no account):

Note that all households wonâ€™t necessarily own each type of savings account. For example, only about 7% of households currently have savings in some type of CD, meaning that the 93% without one will necessarily drive down the average.

When you look at the average balances of those who own the particular account, the averages are even higher:

Median balances are considerably lower than the averages. For example, the median savings account balance is $4,830, significantly lower than the $32,130 average American savings account balance. Fifty percent of households have more than $4,830 in those types of accounts, while 50% have less. (The median figures below only include households that have that type of account.)

When savings is viewed through certain demographic prisms, like age, income and education, the average and median savings account balances start making more sense. For instance, it wonâ€™t surprise anyone that households with higher incomes save more than those of more modest means.

So although the average American household has saved roughly $175,000 in various types of savings accounts, only the top 10%-20% of earners will likely have savings levels approaching or exceeding that amount. Indeed, and as the chart shows, the bottom 40% of American households are more likely than not to have any savings whatsoever. Conversely, the top 10% of the population by income is likely to have many times the national household savings average.

Similarly, millennials will have saved less than boomers, as the latter has had a 35-year head start, among other factors. Currently, the average boomer has roughly 11 times the amount saved as the average millennial.

How much does the average American have in savings for retirement?

Of course, many American households store much of their savings in retirement accounts, like 401(k) plans from their employers and IRAs, both of which are tax-advantaged accounts that can hold not only â€śliquidâ€ť savings but also investments like financial securities and, in some cases, other types of assets like real estate. Fifty-two percent of households have some sort of retirement account, according to a 2016 survey by the Federal Reserve.

Among all households (including those with no account), the average retirement savings account balance as of June 2018 is $144,556.

But among households with an account (about 52% of all households):

For those households with retirement accounts, hereâ€™s how retirement savings break out among the different generations:

Hereâ€™s a closer look at how customers of banks and credit unions are allocating their deposits:

CDs are losing shares to traditional and money market accounts

The amount of savings in FDIC-insured banks have grown by nearly $4 trillion since the recession.

But that growth isnâ€™t going into CDs. Thereâ€™s nearly $1 trillion less in CDs in 2018 than 10 years ago, while the amount of savings in both traditional and money market deposit accounts has increased by more than $2 trillion in each category.

As you may suspect, the primary culprit behind declining CD deposits are the accountsâ€™ low yields. As illustrated in the chart below, the popularity of CDs has waned as banks paid relatively little interest for all CDs, even those with longer maturities. For much of the past decade, the average yield for locking up savings in 1-year CD barely exceeded the average yield on a money market account, which is more liquid than a CD.

Longer-term CDs havenâ€™t been yielding much more, until recently. Although the Federal Reserve began its most recent series of short-term rate hikes in early 2017, CD yields only started to climb from rock bottom in spring 2018.

While savings have also increased in the much smaller credit union universe, CD deposits have remained steady.

While there are multiple explanations for the steady share of CDs at credit unions, such as the institutionsâ€™ not-for-profit status (members are the shareholders), one obvious reason is the competitive rates they offer customers relative to banks. According to the National Credit Union Administration (NCUA) quarterly survey, credit unions offer consistently higher rates on savings than commercial banks.

Fortunately, savers (or would-be savers) are not consigned to improving-but-still-meager average savings yields. The best yields for savings accounts, CDs and money market accounts well exceed the average APY by at least one percentage point and often more.

8 Tax-Free Investments You Can Add To Your Portfolio