How Payday Lenders Get Around Interest Rate Regulations 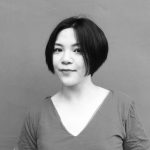 Although an increasing number of states has passed laws to protect consumers by capping interest rates on payday loans, lenders have found creative ways to get around those regulations and issue loans with sky-high rates.

â€śWe see payday lenders utilizing schemes just to get out from as many kinds of restrictions as they can,â€ť said Diane Standaert, director of state policy at the Center for Responsible Lending, a nonprofit, nonpartisan organization focused on consumer lending.

Here are three common strategies lenders use to exploit loopholes:

One way lenders bypass federal regulations is by offering installment loans instead of the usual, lump-sum payday loans. Unlike traditional payday loans, which borrowers have to repay in full on their next paydays, an installment loan gives borrowers a fixed payment schedule that enables them to repay their debt over time.

Many small-dollar, installment loans come in the form of personal loans. Personal loans are generally perceived as less risky because the borrower knows exactly what their monthly payment is and the rates are fixed, meaning they never change. But just because itâ€™s called an installment loan doesnâ€™t mean itâ€™s any cheaper than a regular payday loan.

A 2016 CFPB study found the average amount of these â€śpayday installment loansâ€ť is $1,291 and their APRs range from a staggering 197% to 369%. Installment loan terms vary from a few weeks to several years.

Alex Horowitz, researcher for the consumer finance project at The Pew Charitable Trusts, pointed out that the transition from single-payment loans to multi-payment loans is driven in part by regulatory scrutiny, but also by consumer preference because borrowers want more time to repay. Whatâ€™s good for borrowers is even better for lenders â€” and they can make very high profits from these loans.

â€śThere are extreme examples on the market where a $300 or $500 loan can last for 18 months, which is far too long,â€ť Horowitz said. â€śAnd if a borrower has it out for even half that time, they would repay several times what was borrowed.â€ť

Although some states have cracked down on payday loans, they are far more lenient with high-cost installment loans. In Delaware, for example, lenders can issue borrowers only five payday loans per year. After that, Horowitz said lenders could switch to offering less-than-60-day installment loans, which arenâ€™t subject to the same annual limit.

California bars lenders from issuing payday loans of $300 or more with terms of less than one month. And lendersâ€™ costs for the loan are limited to $45 per pay period. But lenders can issue installment loans of more than $2,500 in California â€” without interest rate caps.

Standaert said more than half the loans in the California short-term lending market carry interest rates in excess of 100%, and many California lenders make loans of more than $2,500.

Standaert said over the last two to three years, payday lenders have been making a push all over the country to try to legalize the longer-term payday loan. So far, 10 states have rejected such proposals.

In Ohio and Texas lenders bypass state interest rate caps by acting as credit service organizations instead of direct lenders. A CSO basically refers borrowers to loans from third-party lenders. And that lender can tack on a sky-high CSO fee to your loan.

â€śThat credit service organization is really not providing any value,â€ť said Christopher Peterson, director of financial services and senior fellow at the Consumer Federation of America. â€śWhatâ€™s really happening is that businesses exploit a loophole to generate effectively very high-interest rates; they are just doing it through a cocktail of broker fees and interest rates together.â€ť

Take Ohio, for example. In 2008, the state passed the Short Term Loan Act, which caps the maximum short-term loan amount at $500 and the APR at 28%. But lenders can simply become licensed CSOs, which enables them to charge an additional fee to make up for the lost interest revenue.

In Ohio, RISE currently charges a CSO fee of $917.56 on a $1,000 loan â€”Â resulting in an effective APR of 299%. And LendUp, another online lender, charges a CSO fee of between $20 and $25 per $100 to borrowers in Ohio. But Ohio lawmakers have made efforts to close this loophole: In July 2018, Gov. John Kasich signed a bipartisan bill into law to restrict short-term loans.

Under current Ohio state law, CSOs are barred from selling, providing or brokering any loan that is less than $5,000 with an APR higher than 28% â€” or a loan with a term shorter than a year. The law increases the maximum short-term loan amount to $1,000 from $500, but limits loan terms to 12 months and caps the cost of the loan to 60% of the original principal.

The new rules will go into effect in May 2019. Horowitz said the act will provide lower-cost direct lending to Ohio borrowers, whose cost will be three to four times lower than the stateâ€™s current CSO rate. Standaert said that although the new law is an improvement on the current market, it still leaves borrowers exposed to high-cost direct loans because it legalizes a number of charges, including monthly maintenance, loan origination and check collection fees. This can send APRs through the roof, even with the CSO loophole is closed.

More than 3,000 CSOs operate in Texas, which is why itâ€™s called the â€śWild Westâ€ť of payday lending. According to Texas Faith for Fair Lending, a grassroots consumer advocacy group, more than 98% of registered CSOs in this state are payday and auto title lenders.

3. Lenders issue lines of credit instead

Some states have a payday lending statute in place that sets interest rate caps but not for other types of loans, such as a line of credit.

A line of credit works like a credit card, only at a much higher price point. The lender allows you to borrow money up to your lineâ€™s limit and charges interest when you draw on the money. Once you repay the funds you borrower, that money is available for you to use again.

Horowitz said lenders in Rhode Island, Virginia and Kansas can charge more in fees and interest by issuing lines of credit instead of payday lending statutes. CashNetUSA, a major online payday lender, charges a 15% transaction fee in Virginia and Kansas when you draw on your credit line on top of the 299% APR, which makes the effective APR much higher.

Thereâ€™s no getting around the fact that consumers rely on short-term installment loans to fill gaps in financing when they donâ€™t have better alternatives. Although itâ€™s a good sign that many states have capped rates on payday loans, itâ€™s clear that payday loan alternatives can be just as expensive â€” if not more. It is crucial for consumers to be savvy about which types of loans they choose and compare several options to get the best deal available.

Start with your local credit union or community bank

Many community banks and credit unions offer small-dollar loans at much lower interest rates than youâ€™ll get with a payday or payday installment loan.
For example, all federal credit union loans have an 18% interest cap, except for the Payday Alternative Loans, which are capped at 28%. In addition, these financial institutions are much better regulated than the high-cost lenders.

Shop around and compare

Ideally, you want to look for a fixed-rate loan with an APR of 36% or less. At LendingTree, the parent company of MagnifyMoney, you can shop and compare offers from multiple lenders at once. Fill out a short online form and you can be matched with offers from up to five personal loan lenders. If youâ€™d rather shop by visiting lenders online directly, see if they offer a prequalification tool that will enable you to check your rate and determine if you can prequalify without requiring a hard credit pull.

Check out our review of the best personal loans for people with bad credit. And if youâ€™re wary of taking out a personal loan, check out this guide to the best options when you need money quickly.