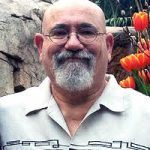 Chase Bank is a consumer and commercial bank operated by JPMorgan Chase & Co., an international business firm dating back to 1799 that currently has $2.6 trillion in assets and operations worldwide. The bank, insured by the Federal Deposit Insurance Corporation (FDIC), has 5,100 branches and 16,000 ATMs across the United States. Its products include credit cards; checking, savings and CD accounts; and auto and home equity loans.But Chaseâ€™s CDs are the subject of this article; they can be opened at a branch or completely online at term lengths ranging from one to 120 months.

You Can Find Higher CD Rates at Online Banks

More people may be more familiar with Chase Bank due to their physical presence, but online banks tend to offer higher rates on their CDs. Here are some examples of some of the highest CD rates from online banks:

Your deposits are FDIC-insured up to the maximum limit.

How Chase CD rates compare with those of other banks

We compared Chaseâ€™s CD offerings with some of the best CD rates currently available (you can see a sampling of those rates above). On the positive side, youâ€™ll need less money to qualify for a Chase CD than you might at other banks. Chase allows customers to open their CDs with a minimum deposit of $1,000, which is slightly lower than qualifying amounts at some other institutions. Chase CDs are also open to applicants who do not bank with Chase, in contrast with the practices of some banks and credit unions that require member checking or savings accounts.

However, Chase CD rates are far from the most competitive rates out there. You can easily get find better APY rates at other institutions, particularly for one-year CDs. If you decide to go with Chase, look into so-called â€śrelationship ratesâ€ť with a higher APY. Relationship rates are offered to customers who link their CDs to a Chase personal checking account.

On a 12-month CD for under $10,000, for example, youâ€™ll currently draw twice the percentage rate offered on the standard CD.

As mentioned, a minimum of $1,000 is required to open a Chase CD account, and interest is compounded daily. Depending on the term, your earned interest may be paid monthly, quarterly, semi-annually, annually â€” and at maturity.

Hereâ€™s an overview of the rates Chase currently offers on its CD products. All rates were reviewed at Depositaccounts.com, another LendingTree-owned company, and are current as of July 5, 2018.

Chase CD relationship APY rates are extended to customers who have a linked Chase checking account. You can apply online and if you use a transfer from your account to open the CD, the account can be opened the same day. The minimum deposit is, again, $1,000.

Hereâ€™s a sample comparison between the APY on standard and relationship CDs on new accounts. To calculate on earnings at maturity, we assumed an account balance of $5,000.

There are no monthly service fees, however there are $15 fees for inbound domestic and international wire transfers (waived if from another Chase account) and outbound domestic wire transfer fees. Accounts can be opened online. Deposits of more than $100,000 must be opened at a Chase branch office.

Maturity date and grace period
Law requires banks to alert consumers before the maturation date on CDs. Chase considers the maturity date as the last day of the term. It offers a 10-day grace period on all CDs with terms 14 days or longer. During the grace period, you can withdraw the funds without penalty or roll over the account to another term.

With an automatically renewable CD, the account renews on the maturity date for the same term as the original one, making the new maturity date the last day of the new term. The standard rate will apply unless the owner qualifies for a relationship CD.

The single-maturity CD does not automatically renew and earns no interest following the maturity date. You may want to see if Chase is offering any promotional rates during the 10-day grace period if you plan to invest in another Chase CD using a ladder strategy.

Earning interest on a Chase CD

Interest on Chase CDs begins to accrue on the first business day of deposit into your account and is calculated on a daily balance, 365 days a year. Paid or credited interest can be withdrawn during the term or at maturity without incurring penalties. For maturities of more than one year, interest will be paid at least annually, according to the bank. If the CD matures and automatically renews, the interest in the account is rolled over into the new principal.

Chase CD early-withdrawal penalties can be waived upon:

Chaseâ€™s CD rates are likely best for customers who link the CD to their personal checking accounts because they can qualify for those juicier relationship rates. The rates improve for longer terms and larger deposit amounts. Chaseâ€™s online tools allow you to apply for relationship CDs and track your investments. The minimum amount to open a standard CD account ($1,000) is on par or slightly lower than those required by other institutions. Overall, the APY rates are not as good as you can get from some competing banks and credit unions.

Gabby Hyman is a writer at MagnifyMoney. You can email Gabby here

« The Best CD Rates â€“ August 2018 An Appetite for Adventure. Empowered by the Marriott RewardsÂ® Premier Plus Card (:30) »

Minimum Mortgage Requirements for Buying or Refinancing a Home in 2020

Debt Consolidation 101: What It Is, How It Works and Where to Find Loans