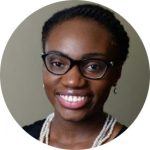 Take a look at your Facebook or Instagram feed and youŌĆÖll easily find at least one friend or family member constantly posting about the makeup, oils, supplements and even sex toys they sell to make some extra cash working from home. Most of these products and systems are provided through direct sales companies that use a sales model called multilevel marketing (MLM).

MagnifyMoney was curious about the return on investment for multilevel marketing participants and how their involvement affects their personal network of family and friends. We surveyed 1,049 multilevel marketing participants involved with at least one company over the past five years. Our conclusions show that most participants could earn significantly more money in exchange for a lot less time and money invested if they were employed in a minimum wage job.

What is multilevel marketing?

Multilevel marketing, or network marketing, describes a business strategy used by some direct sales companies. The sellers, called participants, earn commission or profit directly from the items they sell to their network. In addition, the strategy rewards participants who recruit new sales members to the company by giving the recruiter a commision from their recruitŌĆÖs orders. In turn, the recruit can theoretically recruit another person and that third person in the recruitment chain can recruit a fourth, and so on.

Commissions from the last person recruited go to everyone up the recruitment chain. Recruits are often expected to purchase ŌĆ£starter kitsŌĆØ or inventory to start selling products, which also earn the recruiters (and the recruitersŌĆÖ recruiter) commission. Thus, multilevel marketing as a business strategy incentivizes participants to grow a sales network underneath them, also called a downline.

MLMs often target stay-at-home mothers and others who may be interested in earning income in their downtime. But success in multi level marketing can be costly. Participants are encouraged to spend money to attend conferences and training seminars, invest in marketing materials and host events with the hope of selling products. All of the expenses are out of pocket and non-reimbursable by the company providing the products.

Multilevel marketing companies are swamped with controversy because the strategy lends itself to the proliferation of pyramid schemes.

The findings are concerning

As far as side-gigs go, the earnings are minuscule

ItŌĆÖs hard work making money in multilevel marketing. Overall, 20% of participants never made a sale (18.3% if you exclude people who signed up just for discounts) and nearly 60% of participants reported earning less than $500 over the past five years.

Using median results, MLM participants worked 14 months out of the past five years for 33 hours per month. Overall, participants earned a median of $18.18 per month, translating to $0.67 an hour, before deducting business expenses. Meanwhile, workers in the service sector ŌĆö the lowest-paid of all major occupations in the U.S. ŌĆö earn an median $10.53 hourly compensation.

If flexibility is a priority for people looking for extra income, MLM participants should know they may earn more money working as an independent contractor in the gig economy. For example, the Economic Policy Institute reports Uber drivers earn an average $11.77 an hour, after vehicle expenses and fees are considered.

The gender wage gap is ever-present among MLM participants, as men earned a median $35 a month, while women earned a median $14. According to the Direct Selling Association, women made up about 73.5% of membership in direct selling companies in 2017.

Some lie about their earnings

If you ask an MLM participant how their business is going, you may not get a straight answer, especially if the participant is a married man, or if you already gave them some money for the business.

A little more than 22% of all MLM participants admit they have lied to friends and family about the money they earned or their total investment in their MLM business ŌĆö granted, the relationship dynamic between seller and customer may encourage participants to lie about their income and investment to make sales and win over recruits. The focus of direct selling is selling your product to your network of family, friends and acquaintances. As a subset, multilevel marketing takes that a step further, as participants also try to recruit new participants from their personal network.

Based on the responses, married men and those who already received money from friends and family were more likely to lie. In response to the MagnifyMoney survey, 36.5% of married men and 35.2% of those who borrowed money from their families and friends admit to lying to friends or family about how much they spent or earned to participate.

In addition, 42.7% of married men say theyŌĆÖve fought with close family and friends about how much time or money theyŌĆÖve invested, as did 42% of MLM participants who got money from loved ones to cover some or all of their participation costs.

Some go into debt

The financial burden of success in multilevel marketing may encourage participants to rack up debt to attend conferences and training or pay for marketing materials and other expenses related to involvement.

About one-fifth of participants said they borrowed money from friends and family members. The borrowing may have had a negative impact on their relationships as nearly a third (30.9%) of participants who did persuade a friend or family member to give them money said they ended up losing a friendship, and more than two-fifths (40.2%) said they fought with close family and friends over the time or money invested.

Going into debt to participate in an MLM

Borrowing to participate in an MLM isnŌĆÖt advised, based on our findings of a poor return on investment. But if you do, itŌĆÖs important to understand your financing options.

If you are among those who may consider participating in a multilevel marketing company and need to borrow to cover your business expenses, you may want to consider using a personal loan as an alternative to financing with a high-interest credit card or risking your relationship with friends and family members by asking them for money.

A personal loan is a fixed-rate installment loan, as opposed to a revolving debt like a credit card, so it may help limit the amount of debt you get yourself into. Generally speaking, personal loans charge lower interest rates than credit cards to borrowers who are able to qualify for the best terms, so they may be a less-expensive borrowing option for those with good credit scores. As of this writing, borrowers may qualify for personal loans with rates as low as 5.99%, whereas the average interest rate charged on credit cards is 15% APR, according to Federal Reserve data.

If you do opt for using a credit card, you should consider applying for a credit card with an introductory 0% APR period, during which new purchases will not accrue interest. You just have to make sure you pay off the balance before the end of the intro period, otherwise youŌĆÖll have to pay interest on the remaining debt at the regular purchase APR ŌĆö maybe even deferred interest on the amounts you paid during the 0% APR intro period.

If you already spent money on a high-interest credit card and want to save interest while paying it off, you could apply for a balance-transfer credit card with an intro 0% APR ŌĆö or you could consolidate your debt with a low-interest personal loan.

« Debt Consolidation vs. Bankruptcy ŌĆō Which Option is Better? 7 Things You Need to Do BEFORE Launching on Amazon (and selling with Amazon FBA) »