Why Lending Money to a Friend is Nothing Short of Satanic? 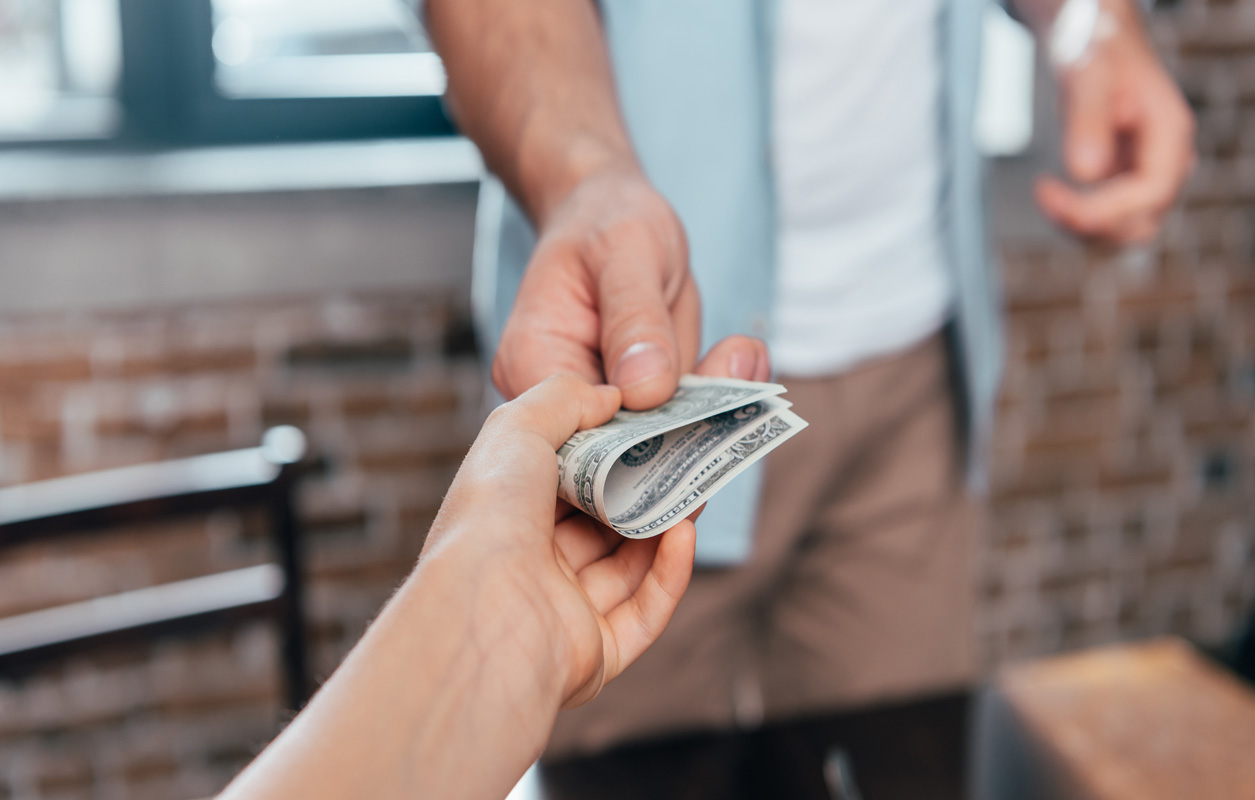 Friendship is perhaps the most pious among all institutions of mankind. Selflessness, devotion, loyalty and righteousness are the pillars of this sacred institution. They say that if you have a true friend; who is with you with all the sincerity of intentions in your grief and happiness, there is none wealthier than you.

However, in todayâ€™s turbulent times, friendship also comes with a fine print. We are here to make you acquainted sanctimonious association of two people, and that is lending money to a friend.

Remember Shakespeare telling you about the perils of lending money to someone who is close to you in his play Hamlet. In the play, Polonius gives some fatherly advice to his son Laertes and says that lending money to a friend could result in the loss of both the friend and the money as well.

Here are the reasons which tell why you shouldnâ€™t be lending money to a friend:-

1. Itâ€™s a saga of never-ending disappointment

When you lend money to your friends, you do it because you feel your obligation towards them. Maybe itâ€™s an intrinsic part of your moral fiber to extra mile for the people in your circle.

But, the problem is that it takes two to tango. Had people always reciprocated good intentions with good deeds, wouldnâ€™t this world would have been a different place altogether?

People often take undue leverage in these cases. People donâ€™t feel their financial obligations towards their friends or family member at all, let alone repaying it.

The problem is that there are no repercussions of late repayment when borrowing from a friend. No late fees, no higher interest rate etc. This makes people even more lethargic as there is no danger lurking over their head unlike a regular loan from a bank.

Well, letâ€™s gulp in it, we live in a materialistic world, donâ€™t we? Moreover, the current world order is capitalistic to the core where money makes more money.Â When your money is sitting pretty in your bank account, it is fetching you some extra dollars (if not making a fortune for you).

Lending money to friends would mean the loss of income (interest) which you would have made otherwise. Moreover, lending money to the family doesnâ€™t earn you an extra dime.

Chances are that things would grow sour and jaded in the long run and it will end up in the loss of a friend as well as money.

Does this term ring a bell? Anyway, even if you have forgotten your high school economics lesson we have to go down to the nitty-gritty. Opportunity cost means the loss of other alternatives when one alternative is chosen.

If you choose to lend money to a friend, which he/she is less likely to return according to ancient wisdom, you are losing a lot of things. You are losing on making an investment, buying a house, saving for your retirement or missing out on traveling the globe.

Monetary decisions are very timely as opportunities donâ€™t come knocking. If your money is frozen into a dead investment (lending to a friend), it will have to be at a huge opportunity cost.

4. Hesitation in asking for oneâ€™s own money

Whatâ€™s the worst feeling in the world? Itâ€™s being oppressed by someone who has deprived you of what belongs to you. We arenâ€™t starting a debate on some geopolitical crisis or on some heavily militarized zone of the world, but their reference could fit in well.

The affliction of the oppressed people in such cases is unparalleled and unmatched. Imagine having to beg for money which was originally yours. Even a single thought of it is giving you Goosebumps? Then, never ever lend money to friends.

The act of lending money to your friend or to a family member can prove to be a bane for your socializing. The person to whom you have loaned the money canâ€™t greet you with warmth. There is always this sudden imprudence which comes in between; not holding eye contact for long, not feeling warmth in the hugs and not immersing in joy upon receiving gifts from them. There is something down-right creepy and spine-tingling in receiving a present from your defaulter.

6. By the time you get back the money, half its worth gets lost

Guys, hereâ€™s a financial joke for you all. My Grandpa gave his friend $1000 as a loan back in 1991. My Grandpa was quite well of and he made decent money with his Dad as a real-estate broker. He asked his money back for the very first time after 8 long years, but his friend pleaded mercy.

Much to everyoneâ€™s amazement, his friend returned him the money in 2015. By that time, My Grandpa had long given up on the thought of getting back the money but he got it somehow.

Now, can you imagine what a grand meant back in the day, it could have easily fetched him a second hand Mustang then. In 2015, $1000 could have barely fetched a window tint for the car.

7. You are likely to get strapped for money in case of contingencies

You usually lend out the spared money, right? God forbid, what if you ram your car into the back wall of your garage or if some other unexpected medical expense pops up? Will you be taking a loan or swiping your credit card to further dismantle your finances? Donâ€™t count on friends, they wonâ€™t have money handy, trust us.

8. Not enforceable in the court of law

There is no legal evidence of lending money to your close ones (at least not in the majority of cases). So, if things take a nasty turn and you have to drag this matter into the court, you canâ€™t establish the fact that the defaulter owes you money. In that case, you are SCREWED!

Money canâ€™t always sail everyoneâ€™s boat. Instead of loaning money to a friend, you can enable him in many other ways so that he/she works his/her way out of the mess. If it all comes down to the monetary help and you have to bite the nail, open up.

Be very frank about what you expect out of this association and when do you wish to get the money back. If a consensus is reached on various ambiguous points, money can never come in the way of friendship.

Take a Chance and Get Paid!

Here's an option to earn more than just money. Share your opinion and redeem it for gift cards, quarterly $10,000 prize draw and of course money.

« Youâ€™ll be $1,000 Richer if you Save Money on Cell Phone Bill, hereâ€™s how! How to Avoid Christmas Debt & Evade Nightmares after Christmas »