In late 2017 credible.com conducted a survey on Christmas spending and the results were nothing short of startling. The study results indicated that contrary to the expectation that despite the seemingly inevitable train wreck credit card debt after the holidays, millennials had no intention of limiting their spend. In fact, young Americans had every intention to increase their spending during the holidays.

In a report carried out by ABC News, Houston University researcher and author of ŌĆ£Credit Card Nation ŌĆö The Consequences of AmericaŌĆÖs Addiction to Credit,ŌĆØ Robert Manning, opined that AmericasŌĆÖ ballooning debt levels are an outcome of an alteration in the nationŌĆÖs financial ethics. According to Mr. Manning, the earlier generations viewed indebtedness as a shame.

They upheld personal sacrifice and personal denial in exchange for a ŌĆ£better futureŌĆØ financially. In Mr. ManningŌĆÖs view, young people in American today depict this culture of saving for the future as ŌĆśold schoolŌĆÖ but on the other hand easily embrace debt as a norm.

Nevertheless, ManningŌĆÖs views are contrasted of the survey by credible.com. According to the report, millennials dreaded credit card debt even more than death or the threat of war. But, the threat of digging deeper into debt, especially around the holidays, did not deter them from spending more.

Expenditure induced debt, especially during the holiday season is not a new phenomenon in America.┬Ā According to a post-holiday-debt-survey by Magnify Money, each American dug in an extra $ 1,054 in credit card debt after the 2017 holiday season.┬Ā In some cases, holiday debt is the last straw that breaks the camelŌĆÖs back triggering a tailspin of a personŌĆÖs finances.

According to ABC news, only 40 percent of credit card debt accumulated over Christmas is paid-off on time and the rest of the debtors choose to roll it over.

ThatŌĆÖs a scary thought and sufficient reason to deter holiday spending by the debt wary millennials. However, the study by credible.com indicated that millennials have no intention of easing the gas on expenditure this holiday season.

What is it about millennials that would make them so different and daring?

Here are the reasons why the ghost of Christmas past, debt, doesnŌĆÖt haunt millennials.

Millennials Have Been Saving for the Holidays

Contrary to stereotypes that millennials are lazy, want to live lavish lives minus the back-breaking work and care nothing for tomorrow, studies have proven that young Americans care about tomorrow and are better money managers than the preceding generations.

A survey by Bank of America revealed that millennials are better at saving. They save for emergencies, short-term needs and for retirement better than the predecessors. According to the head of Environmental, Social and Governance at the Bank, Mr. Andrew Plepler, millennials ought to give more credit to themselves because they are more likely to set savings goals ŌĆō and hit them unlike their predecessors the X Generation and Baby Boomers.

Moreover, millennials are better money managers than the Baby Boomers or Generation X. They are more conscious of the financial implication of parenthood, often planning the financial costs of children well in advance and saving for both short-term and long-term targetsŌĆō a remarkable feat given that so many are still paying off their student loans.

They are Planning to Maximize on Interest-free Periods

Millennials are also reaping from the benefits of the internet age and the abundance of market information. They are able to zero in on low-interest credit card deals and use that information to plan higher expenditure but at a lower, or nil, APR then comfortably pay up the credit card balance before the interest-free period lapses.

They intend to capitalize on such offers from their existing card issuers or sign up for new 0% intro APR cards. In case you didnŌĆÖt know, these are credit cards that come with a 0% interest period, sometimes up to 18 months or longer.

When shopping with a 0% intro APR card, the buck stops with your card limit. This yearŌĆÖs Black Friday may be a few days past, however, Cyber Monday is fast approaching and a 0% intro APR credit card may be just the right step to fund your purchases. However, a 0% intro APR card works best only if you have mapped-out exactly how you will pay off your entire purchases, including the big ticket items, right away.

If you are not sure of how you are going to pay off your purchases, hold off on until youŌĆÖve done the math.

In addition, millennials ensure that they do not accrue debt by reading and scrutinizing the fine details before signing on the dotted line on a card deal. You can check out credit.com for an excellent comparison of credit cards and pick out which oneŌĆÖs best for you.

The introductory 0% interest cards are superb if you want to avoid paying any interest on multiple large purchases. However, a precondition for these cards is that you have to have decent or good credit. This article will give you insights on how you can fast-track your credit score this holiday season.

Credible.comŌĆÖs survey results indicate that more than 7% of millennials surveyed plan to dip into their savings, or even take out a personal loan, for their holiday spending.

Now, thatŌĆÖs probably not the best way to finance your Christmas spending especially if you already have credit card debt and students loans weighing you down as most millennials already do.

However, with regard to retirement, millennials share common ground with┬Ā Robert Manning, America has experienced a shift in its financial values. Millennials have a totally different view of how to secure their future as compared to Generation X, or Baby boomers.

What caused this shift? the global financial crisis which occurred just as millennials were starting out in their new jobs. As a result,┬Ā millennials lost the value of traditional norms such as job security and lifeŌĆÖs milestones such as marriage, parenting, and owning homes are approached cautiously.

In addition, innovations such as Zipcar, Uber, and Airbnb have changed the traditional approach to holidays. Millennials have access to more cash and can pick out great holiday destinations by dipping into retirement savings and not feel guilty about it. After all, itŌĆÖs intended at recharging the mind and soul which keeps the person productive.

Lastly, millennials can dig into their retirement nest eggs without regretting because the traditional dichotomy of a personŌĆÖs work life ŌĆō pre-retirement and post-retirement ŌĆō is quickly fading.┬Ā According to a study by the Trans American Center for Retirement Studies, half of the millennials plan to continue working after 65, and less than 30 percent do not plan to work after they retire.

Post-retirement work for millennials is motivated by the desire to stay involved and enjoyment, a sharp contrast from their predecessors who continue to work, post-retirement, as a survival necessity. If you are about to retire, or just have and you are wondering how youŌĆÖll make an extra buck for the holidays, this article will stir your mind.

Millennials are Credit Averse: They Plan to Carry Cash or Use Debit cards

A study by a credit card advisory company, Cardtronics revealed that seven out of ten millennials choose to leave behind their credit cards when going shopping.

Millennials are wary of overspending and accumulating credit card debt, therefore, they opt to keep the temptation at bay and stay on budget by paying cash.

Despite the recent growth in non-cash payment methods available and the digital hype, 67 percent of millennials still embrace making cash payments, even when paying family and friends. In other words, millennials plan on increasing their holiday spending but maintain it within budget levels.

Experian┬Āalso conducted a similar survey and not only did they collaborate on this information but asserted that millennials carried fewer cards and had lower balances (stuck to their budgets) better than generation X or Baby Boomers at a similar age.

Why are millennials shunning cards?

Millennials are shunning credit cards because the existing legislation limits the marketing of credit cards on campus and they have higher student loan debts which trigger the aversion to borrowing.

Moreover, the 2008 global financial crisis which happened just as millennials were getting started in their careers may have scared them away from borrowing.

Finally, Millennials Plan to Pay-off all Credit Card Debt soon after the Holidays

Although millennials are planning to spend more cash this holiday, they are averse to the idea of borrowing. The report by credible.com indicated that eight out of ten (81%) of millennials who plan to spend more cash this holiday were not planning to borrow. The few who opt for credit cards or opt to take a loan have plans to pay it off immediately. In fact, one in every five (about 20.2%) target to use credit cards that┬Āpayoff the balance almost immediately.

Experian also dug in to find out what motivated millennialsŌĆÖ to open new credit card accounts during the holiday season. It turned out that more than half (55 percent) said their intent was to score a retail store discount, while four in ten wanted to earn cash back rewards.

A further 30 percent were targeting a┬Ā promotional 0 percent APR, doubtless to give themselves more time to pay off their big holiday bills, and almost three in ten had their sights set on travel rewards.

Clearly, millennial account holders have plans to spend more this holiday season. But theyŌĆÖve saved up, will stick to their budgets, and have worked out ways to make the most out of credit cards without fearing the ghost of previous Christmas. 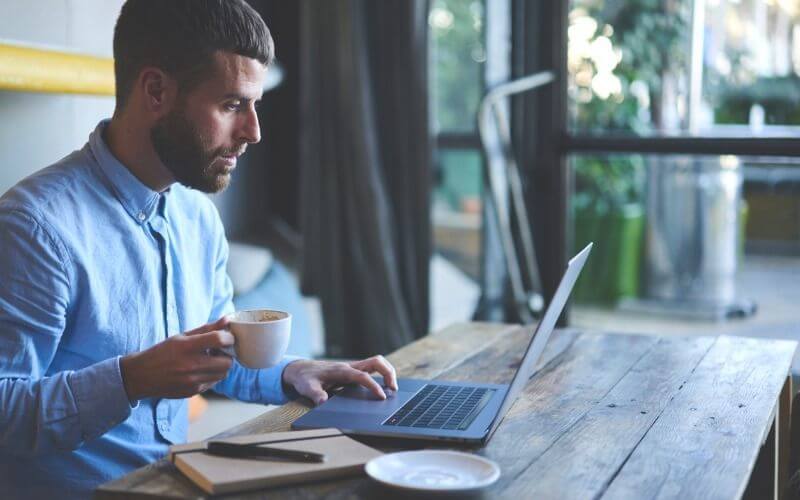