At Chase ATMs, you can do the following:

Chase has equipped many of its ATMs to operate without your debit card. These cardless ATMs allow you to access your account with your smartphone using a mobile wallet app such as Google Pay, Apple Pay or Samsung Pay. You will have to link your Chase debit card to one of these apps before using it at the Chase ATM.

Chase ATM fees and how to avoid them

With a Chase Total Checking account, which the bank labels as its most popular, you will only pay an ATM fee when you use an out-of-network ATM. At out-of-network ATMs, you will be charged a $2.50 fee for each transaction, in addition to any fees charged by the ATM owner.

You can avoid the $2.50 fee a few times by getting a Chase Premier Plus Checking account. Not only does this account allow you to make four free transactions per month at outside ATMs, but it also earns interest, something the basic Chase Total Checking account doesn‚Äôt do ‚ÄĒ you will still pay fees charged by the ATM owner, though.

You can also avoid the fee with a Chase Sapphire Checking account. This account comes with no fees at out-of-network ATMs, even if you‚Äôre overseas. Chase will also refund fees charged by the ATM owner with this account.

With the other Chase accounts, you‚Äôll be charged a $2.50 fee for any transfers or inquiries made at ATMs outside the U.S., and $5 for withdrawals made from these same ATMs. (Remember that the first four inquiries, transfers and withdrawals a month are free with Chase Premier Plus Checking.) These fees are on top of a 3% foreign exchange rate adjustment applied to every withdrawal made in a foreign currency ‚ÄĒ the 3% fee is waived for those with Chase Sapphire Checking.

While the $5 buffer before overdraft fees kick in is nice, all of Chase‚Äôs other ATM fees are a bit high. Because there are no in-network ATMs outside of the U.S., you won‚Äôt be able to escape paying the fees for foreign transfers and withdrawals unless you get one of the higher-tier accounts.

The Chase ATM network is fairly large for an individual domestic financial institution. It beats out Wells Fargo and Citibank in the number of available ATMs, and just about ties Bank of America.

But because Citibank participates in the MoneyPass network, it has more than 32,000 in-network ATMs, making it larger than the Chase ATM network. While Bank of America has about the same size network on its own, it is part of the Global ATM Alliance, which expands its global in-network ATM count to over 50,000.

If ATM access and fees are your main concern, you may do well to look at a financial institution that is part of a larger ATM network, or at least one that charges fewer fees. If you don‚Äôt like any of the alternatives above, credit unions are known for charging low or few fees compared to larger banks, and they tend to have bigger ATM networks by collaborating with other credit unions. One of the largest of these ATM networks is CO-OP.

If you have access to plenty of Chase ATMs near you, though, and don‚Äôt do much international travel, these fees and ATM partnerships may be a moot point. You won‚Äôt have to pay any fees to access Chase ATMs in your own neighborhood, and foreign transaction fees are irrelevant for those who don‚Äôt travel.

Fees mentioned in this piece are accurate as of the date of publishing.

« What To Expect From The January Fed Meeting Commercial Mortgage Refinancing: How Does It Work? »

10 Jobs for Single Moms that Pay the Most‚ÄĒNo Degree Required! 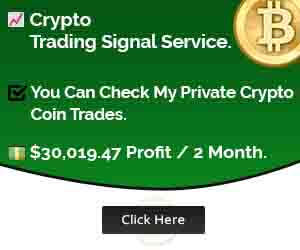