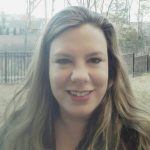 Everyone knows that having a baby is incredibly expensive, from delivery or adoption costs to outfitting a household with strollers, bottles, cribs and layettes. But even if friends and family come together to provide everything needed on day one, there are ongoing costs of raising a child. So how much should a typical couple expect to budget each month?To find out, we looked at some average costs (and one tax credit), both by state and for the 100 largest metros in the U.S.:

These are just the basic costs. Parents who prioritize higher-end goods, parent-and-me classes, baby sitters and other little luxuries to help with parental stresses can expect to spend more.

Hover over a state to review its costs and tax credit.

People in the 10 most expensive states (and District of Columbia) to raise a baby can expect their monthly budgets to balloon by over $1,200 a month.

Living in a large metro can mean having to set aside more money each month for a new baby. Residents in the 10 most expensive metros can expect their bills to increase by between $1,368 and $1,705 a month.

Here is a breakdown of average baby costs in every state. The difference in cost between the most expensive and least expensive state is almost $800 a month.

How baby budgets compare in the 100 largest metros

Why parents struggle with the cost of a baby

A lot of new families incur significant debt when having a baby. Those who get pregnant may face hefty maternal and prenatal medical bills and those who adopt may see high legal and travel bills. Parents may also rack up credit card charges, such as to get a car seat, bassinet or maternity clothes.

Many families don‚Äôt have access to paid parental leave, so they are forced to forgo several weeks of at least part of their income. All this can put new parents into debt even before their monthly expenses increase, and those families can add monthly debt payments (including interest) to the very basic monthly cost increases we describe here.

That ‚Äî combined with any other pre-existing debt, such as car payments or credit card bills ripe for consolidation ‚Äî can create daunting challenges to people who are expecting or planning for a first child. In a perfect world, everyone would be on secure financial footing before having a baby, but that‚Äôs not always realistic, and most American parents find managing the additional monthly expenses to be challenging.

How to reduce these costs of having a baby

Here are some of the ways that parents can trim costs in each of the categories we surveyed.

Difference in rent between a 1- and 2-bedroom apartment

Couples can get away with living in a one-bedroom apartment for a while with a small infant (it‚Äôs recommended that infants stay in the same room with their parents for at least six months). Most parents prefer a separate nursery, but it will be a while before the baby cares.

For two-income and single-parent households, child care is essential and expensive. While some couples may decide that one parent should leave the workforce to stay home with the child so they don‚Äôt feel like they‚Äôre working just to pay for day care, it‚Äôs important to remember that stay-at-home parents can suffer long-term and compounding economic consequences by leaving the workforce for a period, including loss of career and wage advancement, Social Security contributions and retirement fund contributions. (Of course, there are other reasons why a parent may decide to stay home with a child.) Other parents can negotiate child care with family and neighbors. There are also federal,state and (sometimes) local child care subsidies based on income.

After the initial purchase of clothes for an expected baby, most Americans don‚Äôt spend much on infant apparel, but they do spend some. But diapers and wipes are unavoidable. Couples who have access to a washing machine may opt for a larger initial outlay to invest in cloth diapering, although it‚Äôs growing in popularity and people donate, trade or sell discounted used cloth diapers when their kids are potty trained. Similarly, used children‚Äôs clothing is easy to come by, and because babies grow so quickly, they‚Äôre usually barely worn or brand new.

Although babies don‚Äôt eat a significant amount of solid food for at least six months, some families use formula either by choice or necessity. Breastfeeding mothers often require significantly more calories, often complain of being constantly hungry and may be more conscious about the quality of food they ingest. Organizing meal plans around nutritious and inexpensive foods and coupon clipping may be the only way to save money on adult food, but it may be especially challenging for sleep-deprived parents. Money can be saved on avoiding prepackaged baby food by steaming and pureeing or mashing regular table food.

Average cost of adding a dependent to workplace insurance

Not every family has workplace insurance, and many who don‚Äôt will qualify for government insurance programs for their children, such as Medicaid. (It‚Äôs estimated that Medicaid covers nearly half of all births.) But even families that don‚Äôt qualify for state-sponsored insurance will feel the hit of adding a dependent to their employer-subsidized plans. One bright spot is that under the Affordable Care Act, there aren‚Äôt any copays for the frequent well-baby checks.

For 2018, parents will receive a $2,000 credit, which means that amount will be taken off the top of their tax bill. A portion of that will be refundable, so that even if a family owes less than $2,000 in federal taxes, they‚Äôll get some money back. That‚Äôs not the only tax break available to parents, but it‚Äôs the only one that has a dollar amount that applies to every American.

Deductions ‚Äî which is an amount of income on which people don‚Äôt have to pay any tax ‚Äî are available for parents at both the federal and state level (although a few states don‚Äôt have income tax).

That‚Äôs a high hurdle for most, and some married couples decide to file separately so that medical bills meet the threshold of one income versus their combined incomes. In general, parents should expect a significantly lower tax bill after the arrival of a child.

Researchers used the following data to estimate the basic budget changes a family would experience with the arrival of a first child, both at the state level and for the 100 largest metropolitan statistical areas in the U.S.

« Credit Card Mistakes You Must Avoid this Christmas Season Can I Refinance Student Loans While I‚Äôm Still in School? »