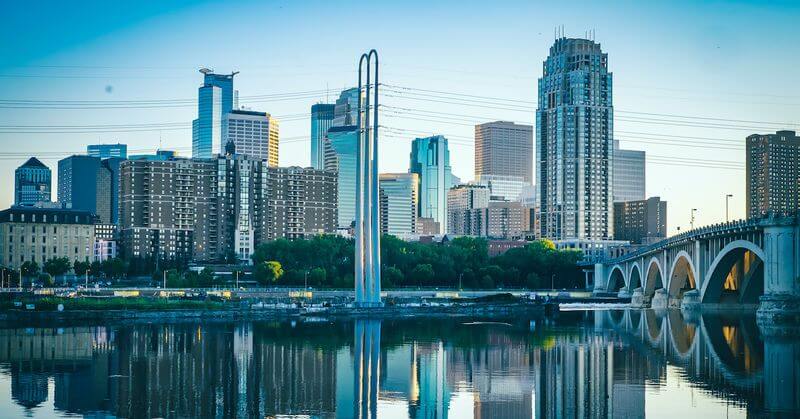 Choosing the perfect place to retire can elicit dreams of sandy beach towns and lush golf courses. However, those dreams can often look a bit different for subscribers to the FIRE (financial independence, retire early) lifestyle.

Since the primary goal of the FIRE movement is to retire quickly, adopters need to focus on â€śliving frugally enough to save and invest huge chunks of their income, like 60% or 70%,â€ť MagnifyMoney content director Ismat Mangla says. â€śMost people need to live a somewhat austere life to get to this unless their income is atypically high.â€ť

MagnifyMoney evaluated the 100 largest U.S. metros to find the places best suited for FIRE goals. Researchers created cost-of-living and quality-of-life scores across the 100 metros, looking at items from local pricing for goods and services and health insurance costs to the number of average poor health days a month and the number of reported violent crimes.

The top-ranked metros might not feature idyllic beaches, but who needs a sunburn when you have a FIRE retirement to keep you hot?

Midwest takes the cake, while other regions get a slice

The top 10 metros that MagnifyMoney researchers identified as best for FIRE-motivated individuals crop up in various states throughout the U.S. Still, they all fall in the Midwest, West and South. Texas stands out as the only state with two metros in the top 10.

Among the top five places for those planning to retire early, three are in the Midwest â€” Minneapolis (first), Des Moines, Iowa (second) and Madison, Wis. (fourth).

While recent headlines might make Minneapolis seem like the last place where one might want to go to relax, MagnifyMoney researchers found a high quality-of-life score here that helped the Twin Cities earn the top spot.

A low reported violent crime rate of 274.9 incidents per 100,000 people contributes to Minneapolisâ€™ quality of life, even if the metroâ€™s cost-of-living score is the lowest among the top 10. FIRE retirees with a little bit more wiggle room in the budget can find a vibrant arts scene and a multitude of outdoor opportunities in the City of Lakes.

The runner-up â€” Des Moines â€” betters Minneapolis when it comes to local pricing for goods and services, as well as the average effective tax rate (10.8%, compared with Minneapolisâ€™ 12.1%). However, a high statewide cost for the cheapest Silver health insurance plan under the Affordable Care Act, as well as a lower quality-of-life score, keep Des Moines from being the best.

Reminder: â€śIf you retire early, you need to figure out how to pay for health insurance because you wonâ€™t be eligible for Medicare until youâ€™re 65,â€ť Mangla says.

Madison, Wis., lands in the No. 4 spot with the third-highest quality-of-life score among the top 10, due to a violent crime rate thatâ€™s just about half that of the average across the 100 metros.

Cost of living not too wild in the West

The West has three metros among the top 10, with the best option for FIRE early retirement there being Provo (third overall), according to MagnifyMoneyâ€™s research. Denver and Boise, Idaho, also represent the West in the top 10.

Though Provo has a slightly better quality-of-life score than No. 2 Des Moines, its cost-of-living score falters due to relatively high health insurance costs in Utah.

Denver and Boise also make strong options for those who wish to retire early, FIRE-style, even though prices for goods in Denver are the highest among the metros in the top 10.

Where Atlanta and Austin stand out is their parity across the cost-of-living and quality-of-life scores.

San Jose, for example, has a 66.1 point difference between its two scores in the index â€” most significant among the 100 metros. Outside of Rochester, N.Y. â€” which scores low in both fields â€” Atlanta and Austin have the most negligible point differences across the 100 metros at 1.4 and 1.6, respectively.

Atlantaâ€™s solid cost-of-living score is due to the low average effective tax rate in Georgia.

Raleigh, N.C. follows a similar pattern but with a slightly wider margin (3.3) between its two scores due to high health insurance costs in North Carolina.

El Paso features the best cost-of-living score among the top 10 metros â€” but it gets dragged down by the worst quality-of-life score among the top 10. Cheap goods and low tax rates make El Paso an attractive option for FIRE-minded folks, but a high average of poor physical health days a month might deter them.

Where FIRE dreams burn out

Bad news for those looking to live in the Big Apple and enjoy early retirement â€” New York City falls in last place as the worst metro for FIRE early retirement. This shouldnâ€™t be too surprising given the notoriously high prices for just about everything there, from rent to iced lattes.

Though New Yorkers may enjoy an above-average quality of life (it comes in No. 30 of the 100 metros examined), the metroâ€™s 13.9 cost-of-living score is the worst of all metros ranked. The metro has three things working against it:

Syracuse, N.Y., offers a slightly more affordable option in the penultimate spot, but its quality-of-life score comes up far short of New Yorkâ€™s, largely due to ranking near the bottom in poor mental health days per month.

Southern metros were well-represented with four entries in the top 10 overall, but six metros in the bottom 10 hint at the varying conditions in the South. Florida alone contributes three metros â€” Miami, Lakeland and Palm Bay â€” ranking 97th, 95th and 91st, respectively.

While planning for retirement should include considerations about both money and lifestyle, MagnifyMoneyâ€™s findings show that people might have to prioritize one over the other in some metros.

The good life comes at a steep cost

Many of the metros with the highest quality-of-life scores also feature some of the worst cost-of-living scores. Bridgeport, for example, ranks first as the metro with the best quality-of-life score â€” it has the fewest poor physical health days per month and second-fewest poor mental health days per month â€” but it comes in 96th for its cost-of-living score.

The trend mostly continues throughout the rest of the metros with the highest quality-of-life scores, with only Des Moines â€” ranked ninth for quality of life â€”  cracking the top 50 of cost-of-living scores.

When ranking metros by cost-of-living scores, MagnifyMoney researchers saw a similar, yet inverted, correlation with quality of life.

McAllen ranks as the metro with the best cost-of-living score, thanks to below-average local prices for goods and services, as well as the average effective tax rate and the cost of health insurance in Texas. So while it might be a great place to help individuals save for retirement quickly, it might come at a cost to overall well-being, as McAllen comes in at No. 93 in the quality-of-life rankings.

Keep your FIRE hot wherever you are

While finding a low-cost location to chase your FIRE dreams can certainly help some people, moving isnâ€™t always an option. Use these tips to help achieve financial independence and hopefully retire early.

MagnifyMoney evaluated the 100 largest metropolitan statistical areas (MSAs) in the U.S. to find the places most hospitable to financially independent early retirees utilizing different FIRE strategies. The two major criteria to determine which places were best were cost of living and quality of life. All data is the most recent available.

« What Do I Need to Open a Business Bank Account? The Best Online Banks in 2021 »